More leftwing BS accusations without proof. Your every post proves your total lack of integrity.

How exactly was it debunked?

I'm not in the trump(the lying POS) cult.

Nearly all they are claiming is now debunked by others willing to testify the the "witnesses" are lying.

But you're in Biden (the lying POS) cult..

Biden doesn't have a crazy cult. 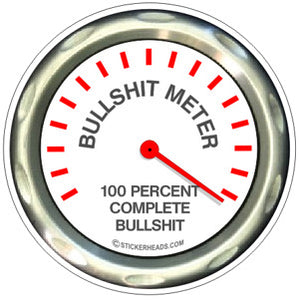 But booooob, he's your next president. 👍🖕

You are the cheerleader.

Blade_Runner Loc: DARK SIDE OF THE MOON
Kevyn wrote:
How exactly was it debunked?
Ms. Hutchinson herself debunked it.

Cassidy was brought to tears when she received an email telling her she was selected to be a White House intern under president Trump.
She interned with Sen. Ted Cruz (R-Texas) and House Minority Whip Steve Scalise (R-La.) before landing the White House gig.
She was all in for MAGA and loved her job. From her office window, she would watch Marine One depart or arrive at the WH. “My small contribution to the quest to maintain American prosperity and excellence is a memory I will hold as one of the honors of my life."

She was ambitious and dedicated, a “consummate West Wing insider.” She was known as an incredibly hard and loyal worker — arriving as early as 6 am and often staying until after midnight. She flew all over the country on AF1 with the president.” She was on a first-name basis with most Republican members of Congress, and was plugged in throughout Republican circles.”

and then came the fall.

Hubris - her ambitions to rise to the top of the food chain backfired.

In 2021, she was slated for a permanent staff job at Mar-A-Lago, but for obvious reasons, that didn't happen.
Cassidy has yet to hold a full time job since leaving the White House.

Reply
Page 1 of 15 next> last>>
If you want to reply, then register here. Registration is free and your account is created instantly, so you can post right away.
Main
Home | Latest Digest | Back to Top | All Sections
Contact us | Privacy policy | Terms of use | DMCA
OnePoliticalPlaza.com - Forum
Copyright 2012-2022 IDF International Technologies, Inc.