Oldsailor65 Loc: Iowa
San Francisco Fed president, who reportedly earns over $420,000 annually: 'I don't feel the pain of inflation anymore. I see prices rising, but I have enough.'

Mary Daly — president of the San Francisco Federal Reserve Bank — issued quite the jaw-dropper during a Wednesday Reuters interview about our current inflation woes.

"I don't feel the pain of inflation anymore," Daly told interviewer Lindsay Dunsmuir. "I see prices rising, but I have enough."

Say what?
At around the 17-minute mark, Dunsmuir posed a question from a listener who wondered where Daly was "personally seeing the impact of inflation" in her own day-to-day life.

After seemingly searching for an answer for several seconds, she admitted "I don't feel the pain of inflation anymore." Daly reportedly earns over $420,000 annually.

"But ... I recognize what it feels like when you don't have that situation, when you live so close to the edge of your income that [rising] prices actually force some real trade-offs," she offered. "You may not be able to go to the vacation you want; you may end up, you know, instead camping or doing a staycation" or eating at your hotel instead of going out to eat "because you really can't afford getting there and then going out to dinner once you're at the hotel, and I see all of that ... so in my daily life, I see the rising prices, but I'm fine because I have a sufficient income to make those trade-offs. For other people that's not the case, and those are the people that this is so important for."

Indeed, a new report indicates that nearly two-thirds of Americans are now living paycheck to paycheck.

How are folks reacting?
Daly's verbal faux pas didn't get a bunch of attention Wednesday, but some folks who picked up on her "I don't feel the pain of inflation anymore" statement made their feelings known under the Reuters tweet about the interview:

"These people are so disconnected from the everyday citizen it is disgusting," one commenter wrote.
"Shows how obtuse and out of touch the Federal Reserve is," another commenter said. "What does [Daly] do to justify a 400K salary?"
Another user replied, "Tells the rest of SF that they have enough and to stop complaining about prices. Literally she just said this; no satire."
"Wow, what a crap thing to say to the average American person," another commenter declared. "YOU who make a ton more than the average person is fine with inflation because it doesn’t [affect] you because you have a lot of money. The GALL of you to say others have enough as well. YOU are now on a national radar."
"I feel the pain and so does my family, you elitist jerk," another user said.
"You are a disgusting, disgraceful elitist. Quit your taxpayer-funded job so you have to earn a paycheck and not get insider information to make thousands more on the market. You are just pure bottom-dwelling scumbag evil," another commenter wrote.
"This useless bag of s**t can f*** right off," another user exclaimed. "You’re useless, you’re not worth 40K per year much less 400K." 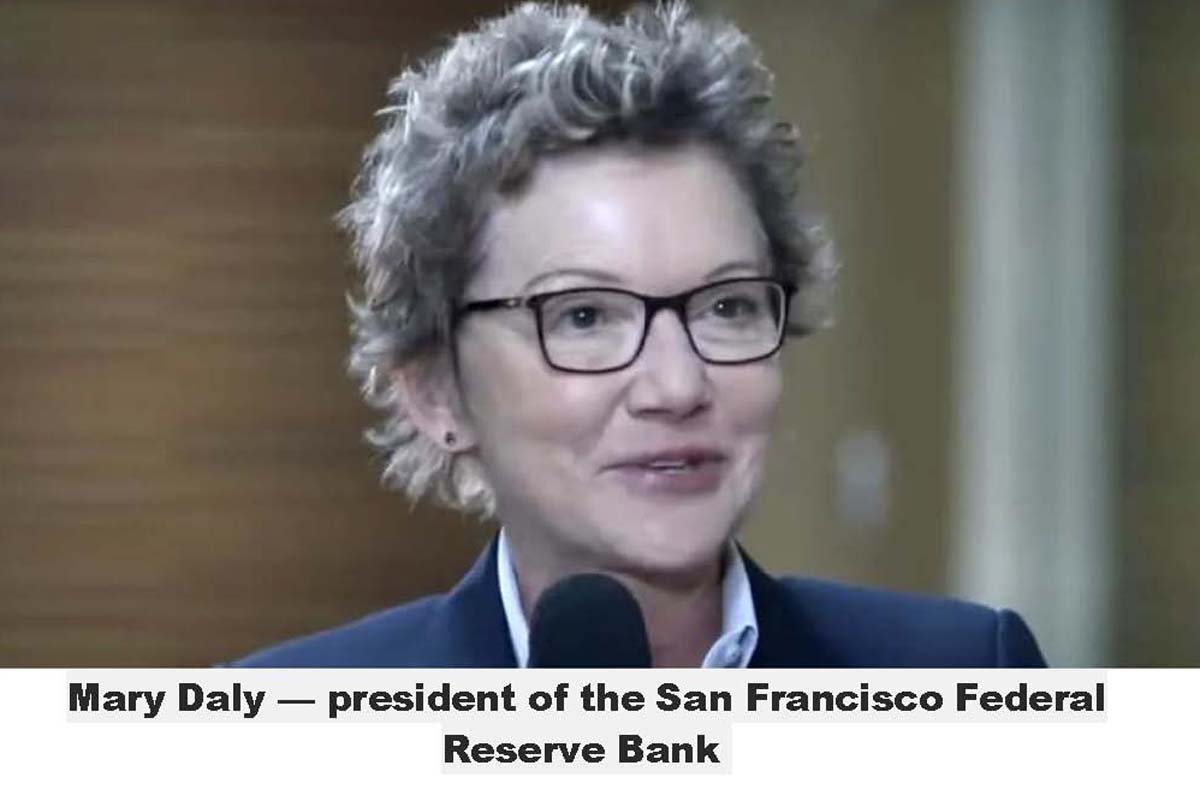 Reply
Aug 5, 2022 10:18:51   #
currahee506
The "London-controlled central bankers" that are disconnected from the American Government have never felt the pain of inflation. 'Inflation" is the friend of these foreigners. They cannot exist without it; our economic system is in their hands and has been since 1913. The "gold-backed dollar" and "deflation" of this currency to make it valuable is their enemy. They hate President Trump because he exposed them and was approving of Constitutional policies against their practices.