China in and out of Bible Prophecy

The Bible is not silent about Far East Asia, both past and future. Of course, all people of the world are contemplated in the general address of much of the prophetic literature of the Bible. However, there are several prophecies that clearly involve this region in a specific way.

First, revealing the most eastern nation noted in the Bible, China itself is mentioned in a prophetic context in Isaiah 49:12: “Behold, these shall come from far: and, lo, these from the north and from the west; and these from the land of Sinim.” Just what and where is Sinim? Most sources agree that “Sinim” refers to the far eastern region of China.1 Things related to China today are still referred to as “sino”; for example, the word “sinology” means the study of China.

In the Arabic language, China is still referred to as “Sin.” The word “Sin” likely comes from the word Ch’in (or Tsin), as in the Ch’in Dynasty which ruled China between 221 and 206 BC, or some other word derivation from before that time. The word “Sinim” in Hebrew would therefore simply be the plural form of “Sin.”

What we can deduce from Isaiah’s word, written some 2,700 years ago, is that Sinim (China) will most certainly exist in the last days and into the following Millennial period. Moreover, we can also reasonably deduce that China must be a substantial entity at that time, since its name is used in this prophecy to describe the general geographical direction of “east.”

Wonderfully, Isaiah indicates that the people of Sinim will also be in that number that will eventually go to worship in the new Israel of the 1,000-year Millennial Period. The US, on the other hand, is not directly mentioned in Bible prophecy (though possibly included among the group of countries that the Bible refers to as the “islands”).

Further Biblical Mention of Asia in the Last Days

Revelation 16:12 mentions yet another event involving Asia. This takes place in the vicinity of the Euphrates River: “The sixth angel poured out his bowl on the great river Euphrates, and its water was dried up to prepare the way for the kings from the East.”

This verse occurs at the time that the sixth angel pours out a sixth bowl of wrath; sometime in the second half of the Tribulation period. As we learn from these verses, this important border for Israel—the Euphrates River—will be breached when the Kings of the East go over to the west side of this river. Nothing more appears to be directly attributed to the “Kings of the East” anywhere in the Bible, this being the only verse in which these kings are mentioned.

Undoubtedly, we think, the Kings of the East will be the leaders of a number of countries in Far East Asia—namely, nations on the east side of the Euphrates River.

But, why will the Kings of the East cross the Euphrates? The reason is unclear. However, we must let all of Scripture speak. This verse reveals that the great Euphrates will be dried up. What does this mean? This writer concludes that it likely symbolized economic difficulties … perhaps a deep economic depression. In the Old Testament, a dry riverbed is always equated with economic disaster. This would certainly be the case for agrarian countries. As such, we do not see the drying of the river as preparing a route for the Kings of the East to cross into the west side of the Euphrates—an area promised to the Israelites by God. In our day and age, there are plenty of ways to cross a river.

We now address a question that we posed earlier: Will China also play a significant geopolitical role in the last days, perhaps being a key member of a final world order? The answer, we believe, is again both yes and no. Yes, in our opinion China (and some other select Asian nations) will play a role in last-day geopolitical developments. But the Bible clearly rules out any role for China in the post-globalism, minilateralism period of a “10-king” ruling order just before the Antichrist comes on the scene.

How do we know this? There is one additional verse in the Bible which applies to some key Asian countries today that we have not examined. It is a perspective that is often overlooked, found in Revelation 17:12, which supports an important deduction. It reads: “The ten horns you saw are ten kings who have not yet received a kingdom, but who for one hour will receive authority as kings along with the beast.” Just how does this verse connect to Asian countries today?

We must, of course, first assume that we are indeed living in the very last of the last days. As such, the world today would then be very near the time that the 10 kings will emerge on the world scene. The verse we have quoted from Revelation specifically refers to these 10 kings and reveals a crucial clue.

John the Revelator tells us here that these 10 kings “have not yet received a kingdom.” This means that neither the kings nor their kingdoms referred to in this verse had yet existed either at or by the time that Apostle John wrote the Book of Revelation (approx. 90—95 AD).

As such, we can validly draw some conclusions from Revelation 17:12: Any nation today that existed at or prior to the time of John’s prophecy can therefore not qualify as one of the 10 final kings … in other words, one of the final 10 nations. If we apply this principle, it reveals that such nations as China, India, Persia and perhaps others will not be part of the final 10-king world power coalition. (In the past, we have named this group the Global Power Coalition.)

China already existed in New Testament times. According to historians, the Han Dynasty, a predecessor to modern-day China, was in power at the time of John’s prophecies. The same may be concluded for the nation of Japan.

The nation referred to as “Hodu” (India … earlier named Hindustan) in the Bible had already existed much earlier. The book of Esther confirms the existence of Hodu at the time of Xerxes. The record of Hodu before then, however, is not clear. Crucially, therefore, we discover here that most of these large and influential Asian nations that we observe today, will not be part of the last-day rulership represented on the 7th head of the beasts shown in Revelation 12, 13 and 17 … the 10 kings. According to our understanding of Scripture, most of the 10 kings will be from Europe.

What light could the information that we reviewed possibly shed on our times today? For one, without a doubt, there indeed will be “Kings of the East” that fulfill their action as described in Revelation 16:12, confirming their existence at that time. However, we expect that these nations will be dominated by the 10 kings, as the 7th head that they represent is the final power that then rules over the entire world with the Antichrist (see Daniel 7).

Beyond the certainty that these nations will not be part of the world ruling order at the time that Antichrist assumes global control, we can only attempt a few additional speculative scenarios.

One that appears plausible is that the formation of the final 10 kings may very well be a counter strategy to the perceived threats and aggressive actions of other global players, these very possibly including the Kings of the East.

There is no doubt that China is strategically placed geographically, allowing it to become a naval power that can control much of Asia. A number of geographers and geo-strategists have long thought this to be the case. As it happens, China today has sharply increased its spending on its naval capabilities.

Scripture seems to indicate that the Kings of the East are an opposition force … an aggressor. They rise up, crossing the Euphrates River against an unknown enemy. The catalysts may be economic or geopolitical. We simply do not know.

The 10 kings, on the other hand, come together to collect power to then give it to the Antichrist. The Bible tells us that, “These have one mind, and shall give their power and strength unto the beast” (Revelation 17:13). It is possible that the specter we see developing in Asia today could very well be the world power dynamic that hastens the formation of the 10 kings. If so, the time may already be very short.

While it surely is factual and significant that economic and geopolitical power has begun to be more widely distributed around the world away from the Roman-type nations (this potentially an important alignment with endtime prophecy), consensus predictions that the Asian nations will dominate the world are not likely to be correct.

At the same time, the emergence of certain Asian countries to greater world prominence plays an integral and necessary part in the events and trends that lead to the conditions of the upcoming Tribulation period.

Using our diagnostical list, examining the rise of Asia, six tell-tale characteristics of a “last-day season phenomena” can be observed: 1. Recency … a trend observed after 1948; 2. Seeming improbability and inexplicability of its occurrence … at least at first; 3. Evidence of acceleration; 4. Global impact; 5. Humanist Agenda; 6. Suddenness and rapidity; and, above all, Bible prophecy.

Though very few specific events may be pinpointed from Bible prophecy, Asia’s influence and likely endtime roles can also be discerned through deduction. As in astronomy, “black holes” are not directly visible, but they can be discerned through their impact on other celestial bodies. In the same way, we can observe trends in the Middle East and the Roman-heritage world, informed by both facilitating and parallel developments in other parts of the world.

In any case, the speed of change and the nature of the developments underway in Asia today are simply astounding. Following the lead of other Asian countries, we see that a sleeping giant—China—has been awakened in the past half-century.

The rise of Asia qualifies as a “significant event,” and as we have shown, broadly aligns with Bible prophecy. Maranatha 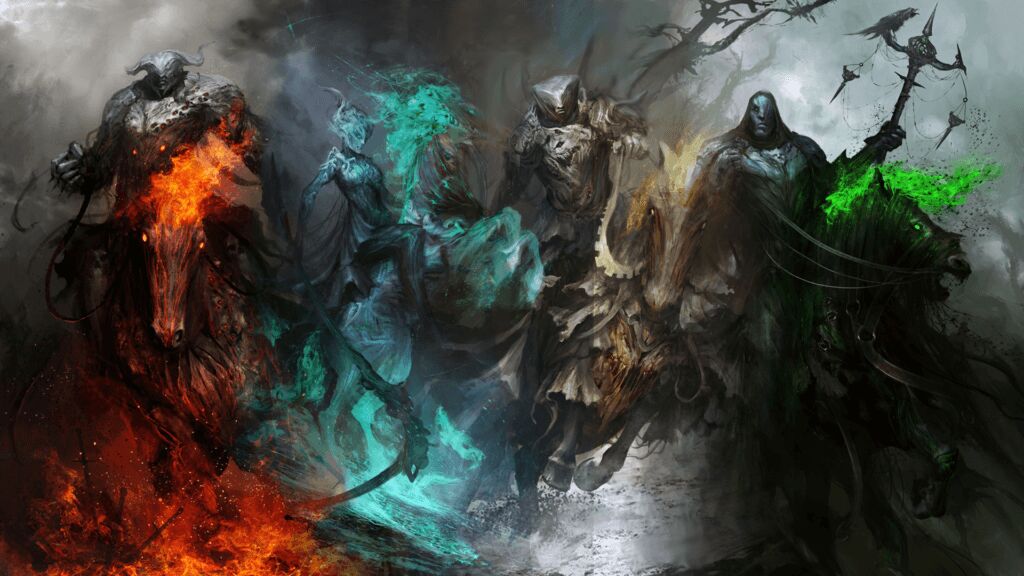