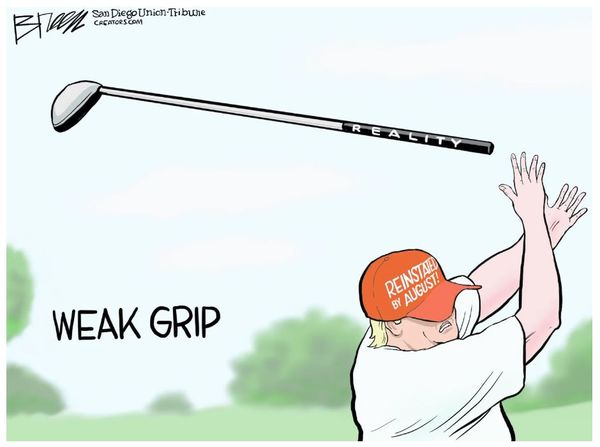 You're on a Trump trip. Quit with the drugs. Biden is president, right?

Besides, you know not of which you speak. Trump has more power in the Republican party than ever.

Not only that, audits of the elections are spreading. Even Democrats are starting to demand them...and they should! How can self-serving shiteheads like Maxine Waters and Nancy Pelosi remain in power forever while doing such horrible jobs in their districts?

How do people like McConnell and McCain stay in power forever? Were they so great? All they ever do is nothing and blame it on the other guy. Who needs that crap? I know for a fact Republicans cheat too!

The media, whose ratings are sucky and falling, have the ability to screech loudly, puff up their tails and hiss but fewer people are paying attention because they know the media is full of shit.