That is one of the last things he tweeted....from his POTUS account, not his personal account. I have it here: 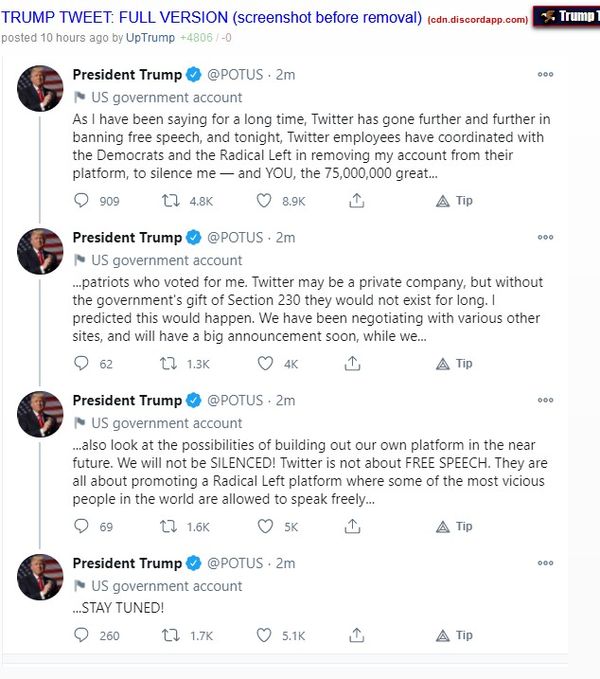 Canuckus Deploracus Loc: North of the wall
archie bunker wrote:
We wouldn't unless we were face to face, and things would be nicer.

| Reply
Jan 13, 2021 11:48:49   #
Carol Kelly
JFlorio wrote:
Parler, a conservative platform designed much like Twitter was dropped by Amazon its main server. Why? Pressure from lefty politicians such as AOC and Pelosi. Their reason; they say Parler instigated the violence we saw recently at the Capital. The truth. So far the first thirteen people arrested for the Capital riot had no presence on Parler. They did have a presence on Facebook or Utube. I wonder if AOC and Pebitchy were influenced by the millions Facebook and Utube give to the Democrats?

Or they were influenced by peeloosi? They are the picture of censorship.