One Political PlazaSM - Home of politics
Home | Active Topics | Newest Pictures | Search | Login | Register
Main
Police Walkie Talkie
Jul 26, 2014 08:37:41   #
JuliaMi2 Loc: Detroit Michigan
A walkie-talkie (more formally known as a handheld transceiver, or HT) is a hand-held, portable, two-way radio transceiver. Its development during the Second World War has been variously credited to Donald L. Hings, radio engineer Alfred J. Gross, and engineering teams at Motorola. Similar designs were created for other armed forces, and after the war, walkie-talkies spread to public safety and eventually commercial and jobsite work. Major characteristics include a half-duplex channel (only one radio transmits at a time, though any number can listen) and a "push-to-talk" (PTT) switch that starts transmission. Typical walkie-talkies resemble a telephone handset, possibly slightly larger but still a single unit, with an antenna mounted on the top of the unit. Where a phone's earpiece is only loud enough to be heard by the user, a walkie-talkie's built-in speaker can be heard by the user and those in the user's immediate vicinity. Hand-held transceivers may be used to communicate between each other, or to vehicle-mounted or base stations. (http://en.wikipedia.org/wiki/Walkie_Talkie)

A mobile communications vehicle (MCV) is a mobile self-sufficient communications vehicle capable of replacing remote radio communication facilities like FAA, fire, and police. The vehicle may carry equipment to operate UHF and VHF frequencies. An MCV can be driven to a location to fill in radio coverage gaps or to replace a damaged radio communications tower. Once deployed the MCV operates unmanned. (http://en.wikipedia.org/wiki/Mobile_communications_vehicle)
A satellite navigation or sat nav system is a system of satellites that provide autonomous geo-spatial positioning with global coverage. It allows small electronic receivers to determine their location (longitude, latitude, and altitude) to high precision (within a few metres) using time signals transmitted along a line of sight by radio from satellites. The signals also allow the electronic receivers to calculate the current local time to high precision, which allows time synchronisation. A satellite navigation system with global coverage may be termed a global navigation satellite system or GNSS.

Global coverage for each system is generally achieved by a satellite constellation of 2030 medium Earth orbit (MEO) satellites spread between several orbital planes. The actual systems vary, but use orbital inclinations of >50° and orbital periods of roughly twelve hours (at an altitude of about 20,000 kilometres (12,000 mi)). (http://en.wikipedia.org/wiki/Satellite_navigation)

These systems are specifically designed to overcome the limitations of GPS, which is very exact in open areas, but works poorly indoors or between tall buildings (the urban canyon effect). By comparison, cell tower signals are not hindered by buildings or bad weather, but usually provide less precise positioning. Wi-Fi positioning systems may give very exact positioning, in urban areas with high Wi-Fi density - and depend on a comprehensive database of Wi-Fi access points.

Hybrid positioning systems are increasingly being explored for certain civilian and commercial location-based services and location-based media, which need to work well in urban areas in order to be commercially and practically viable.

Hybrid positioning systems are developed and used in services from Unwired Labs LocationAPI, AlterGeo,[4][5] Devicescape, Navizon,[6] Google Maps for Mobile,[7] openBmap, Opencellid for application in smartphones, PlaceEngine, Skyhook Wireless,[8] Xtify. The maturity of the approaches used by these systems needs to be proved in operational use.

Early works in this area include the Place Lab project, which started on 2003 and went inactive in 2006. Later methods let smartphones combine the accuracy of GPS with the low power consumption of cell-ID transition point finding. (http://en.wikipedia.org/wiki/Hybrid_positioning_system) 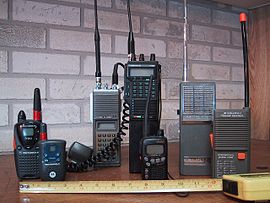 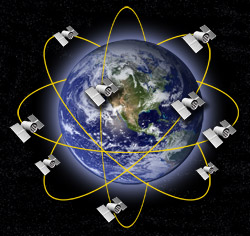