permafrost Loc: Minnesota
This is one of those songs I think will never go away.. always will be great.. love this version... 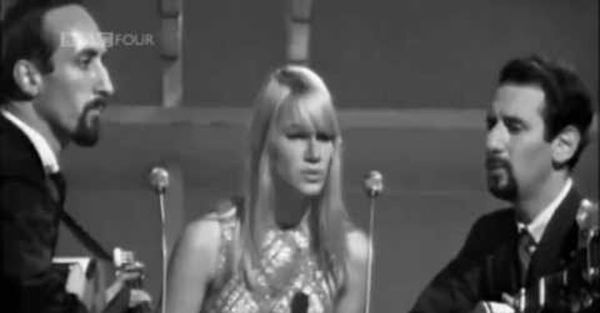 That was a pleasant treat, Perm, thanks.

| Reply
Sep 11, 2020 21:45:12   #
ImLogicallyRight
We don't agree on much, but thanks for a good memory. They were the first concert I ever attended and their music was something in my life and that of my friends. We really loved their sound. Not into listening to music much these days and didn't even know Mary Travers died.

When in the Navy in 1963 I was on a ship off of Japan. While in port I bought one of the really top of the line real to real tape recorders available. Aboard ship I manged to get a copy of a tape someone made of Peter Paul and Mary. Probably their first four albums. We mounted that tape recorder in our work space and we played Peter, Paul and Mary, 24 hours a day, every day, in port and at sea. The tape just went forward until the end and the heads would move over and it would play in reverse and play the other two albums. Back and forth day after day. They had a real great sound.

I still have that tape and recorder. I'll have to see if I can get it going again.

| Reply
If you want to reply, then register here. Registration is free and your account is created instantly, so you can post right away.
General Chit-Chat (non-political talk)
Home | Latest Digest | Back to Top | All Sections
Contact us | Privacy policy | Terms of use | DMCA
OnePoliticalPlaza.com - Forum
Copyright 2012-2020 IDF International Technologies, Inc.