Lonewolf
Trump has proved himself unfit to lead

Double meat with cheese
Lonewolf wrote:
Trump has proved himself unfit to lead


You shouldn’t be allowed internet access either.....but here we are.

That's right, ignore the Constitution when it does not support your personal narrative.
By any reasonable standard, the President has been amazingly successful and good for this country. But by all means, keep on trying. It is entertaining.

He was found not guilty. You are really dumb.

Dumb doesn't even begin to describe this guys ignorance.

So if the Grand Jury believes they have enough evidence on you to hold you over for a trial and the trial finds you innocent; you believe you should still be considered guilty and a felon?

permafrost Loc: Minnesota
bikerjack60 wrote:
He was found not guilty. You are really dumb.

trump was impeached.. he was not removed..

The same as Clinton and Johnson..


Clinton did not run for office after his impeachment, he had already served two terms.. 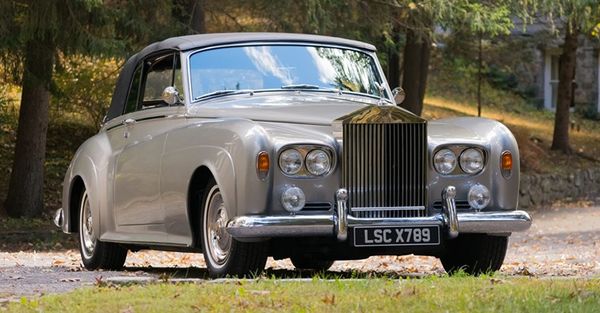 The same as Clinton and Johnson..


Clinton did not run for office after his impeachment, he had already served two terms..

Lonewolf
bikerjack60 wrote:
He was found not guilty. You are really dumb.

well dumb one hes impeached and there was nothing that could be done to Chang that the crooks in the senate swept it under the rug and voted to not remove him from office, but he remains impeached/

Lonewolf
JFlorio wrote:
So if the Grand Jury believes they have enough evidence on you to hold you over for a trial and the trial finds you innocent; you believe you should still be considered guilty and a felon?

The left is beginning to PANIC over the REALITY of Biden.

lonie: you have proven to be unfit to write on OPP. Everyone is innocent until proven guilty! Trump was proven innocent, and you know that! Look up the meaning of impeachment!

ldsuttonjr Loc: ShangriLa
Lonewolf wrote:
trump was found guilty in the house and impeached nothing will ever change that

No! Trump was given trumped-up charges and won His innocent in a Congress court! Go back to sleep!

| Reply
Jul 24, 2020 12:06:40   #
JFlorio Loc: Seminole Florida
Lonewolf wrote:
trump was found guilty in the house and impeached nothing will ever change that

Actually he wasn't found guilty in the House of anything. The Senate is the trial. Try to keep up snowflake.

Lonewolf
JFlorio wrote:
Actually he wasn't found guilty in the House of anything. The Senate is the trial. Try to keep up snowflake.

he was impeached and still is
How does impeachment work?

Impeachment was established by the framers of the Constitution as a way to accuse a president of a crime and to hold a trial to determine if he is guilty of that crime. The Constitution lays out two specific actions, treason and bribery, that could lead to impeachment and removal of a president from office.

The system also allows for a broader category to accuse a president of crime, although that category is more vague.

By design, it is not easy to get rid of a president. Here are the steps in the process for impeaching a president:

First, an impeachment resolution must be introduced by a member of the House of Representatives.
The speaker of the House must then direct the U.S. House Committee on the Judiciary (or a special committee) to hold a hearing on the resolution to decide whether to put the measure to a vote by the full chamber and when to hold such a vote.
A simple majority of the Judiciary Committee must approve the resolution.
If the Judiciary Committee approves the resolution, it moves to a full vote on the House floor.
If a simple majority of the those present and voting in the House approve an article of impeachment, then the president is impeached.
The procedure then moves to the Senate where a "trial" is held to determine if the president committed a crime. There is no set procedure for the trial. How it is conducted would be set by the Senate leadership.
Members of the House serve as "managers" in the Senate trial. Managers serve a similar role as prosecutors do in a criminal trial, they present evidence during the procedure.
The president would have counsel to represent him at the Senate process.
The chief justice of the U.S. Supreme Court presides over the trial.
Senators listen to the evidence presented, including closing arguments from each side and retire to deliberate.
Senators then reconvene and vote on whether the president is guilty or not guilty of the crimes he is accused of. It takes a two-thirds vote of the Senate to convict. If the president is found guilty, he is removed from office and the vice president is sworn-in as president.
The hearing in the Senate, along with a charge in the House that the president has committed a crime is not a legal one. No penalty, other than removal from office, is brought against a president in an impeachment hearing.


Impeachment trials have been held twice in the country’s history -- for President Andrew Johnson and for President Bill Clinton -- and both ended in acquittals: meaning the presidents were impeached by the House, but not convicted and removed from office by the Senate.

One vote kept Johnson from being convicted of firing the secretary of war in 1868, which went against a tenure act.

In 1999, the Senate was 22 votes shy of convicting Clinton of perjury and obstruction of justice stemming from a sexual harassment lawsuit filed against him by Paula Jones.