Because she didnt say what search term she used to pull up that ad  and because we dont live in Russia  it took some legwork to verify that this is real.

Specifically, we used Keyword Spy  a highly-regarded and widely-used resource in the SEO industry  to see if the White House had purchased keywords for Google using the domain name WhiteHouse.gov.

Indeed, we did find the ad using Keyword Spy:
Keyword Spy also told us the keywords which the White House purchased:

Telenor is a huge telecommunications company based in Norway, which provides telecom services in Eastern Europe, and has had a series of legal disputes regarding its sizable ownership stake in Russian and Ukrainian telecoms.

In other words, Telenor Russia is probably a popular Google search term in Russia and Ukraine. And the White House has purchased Google key words to troll Putin. 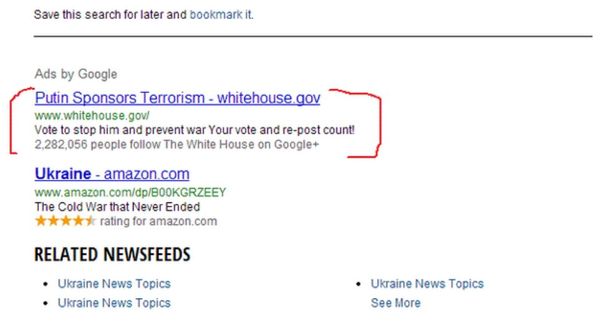 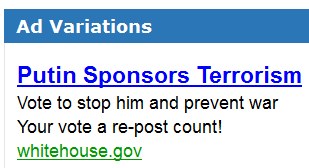