One Political Plaza - Home of politics
Home Active Topics Newest Pictures Search Login Register ☰
Main
Double Voting in 2012
Apr 2, 2014 19:20:22   #
votenoobama Loc: Texas
The review found that 35,570 North Carolina voters from 2012 shared the same first names, last names, and dates of birth with individuals who voted in other states. Another 765 Tar Heel State residents who voted in 2012 had the the same names, birthdays, and final four digits of a Social Security number as voters elsewhere.

Reply
Apr 2, 2014 20:37:40   #
saveamerica Loc: Texas
votenoobama wrote:
The review found that 35,570 North Carolina voters from 2012 shared the same first names, last names, and dates of birth with individuals who voted in other states. Another 765 Tar Heel State residents who voted in 2012 had the the same names, birthdays, and final four digits of a Social Security number as voters elsewhere.

This went on all over America. I am sure there were more than 10 to 12 million illegal voters in the 2012 election if not more.

Everywhere you look there was voting Fraud.

Everywhere you look there was voting Fraud.

Give a man a fish and he will eat for a lifetime.

Give a man a welfare check, a free cell phone, free internet, cash for his clunker, food stamps, section 8 housing, free contraceptives, Medicaid, ninety-nine weeks of unemployment, free medicine, and he will vote Democrat the rest of his life even after hes dead. 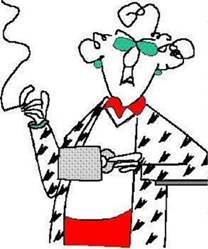 Valid identification, only being able to vote in the county where registered, a true mix of all parties overseeing the results, would be a start.

It's too early to know what this means. If I was a cynic here's the tail I'd spin:

Since there were more votes were cast for Democrats in NC statewide elections than Republicans, how did the DC delegation turn out 9-4 for Republicans? And how does the State Legislature have supermajorities of Republicans in both house?

If we want to talk about voter fraud and election rigging in NC,let's talk about all of it.

Reply
Apr 3, 2014 13:18:38   #
Hartbreaker
Every time they do a check up, they find that between 2% and 5% at every polling place are violations (duplicates, dead people, fictional characters, pets, etc) but since checking people at the polling place is considered voter intimidation, these people cannot be caught.

Reply
Apr 3, 2014 16:06:18   #
marjorie
Hartbreaker Whats wrong with showing ones drviers license or how about social security card maybe your military retirement ID or better yet a nation wide ID VOTER card. So its intimidation or its a law? That's why those who are sitting and OKing these so called intimidators need to take stand and I mean STAND UP

Reply
Apr 3, 2014 21:34:40   #
son of witless
votenoobama wrote:
The review found that 35,570 North Carolina voters from 2012 shared the same first names, last names, and dates of birth with individuals who voted in other states. Another 765 Tar Heel State residents who voted in 2012 had the the same names, birthdays, and final four digits of a Social Security number as voters elsewhere.

I was thinking this was another Republican attempt to suppress the votes of a minority, then I realized the dead are not a minority. They are a growing majority and one we will all join.

I wonder if those who are still voting absentee from the next world will have gotten their soul's worth.

You should read "votenoobama" post in this forum, then maybe rephrase/rethink your position about whether there is voter fraud of a sufficient number to warrant safeguards like voter ID and examination of voter lists by each state, maybe ever a bipartisan method of comparing state voting lists/results. (Do you think there might also be voter fraud other places than North Carolina?? Remember ACORN, a multi state organization ?)

It would be nice to know how many of the 35K illegal votes found were Democrat or Republican, we may never know that info. (Doesn't really matter though, voter fraud is still a problem as we don't want either party voting illegally.)

BUT, you can get some indication of where the problem lies by looking at which party (and justice dept) is strongly opposing voter ID, and opposing the periodic deletion of inelligible and dead persons from state voter lists, etc...
and the ridiculous accusation of racism if you support better voter identification such as requiring voter ID.

Just logical thinking (without a crisis) will tell you stronger voting safeguards are justified no matter what Harry Reid (and others) says...

Voter fraud on either side makes elections unfair and not the will of the people. It's wrong and we need to fix it.